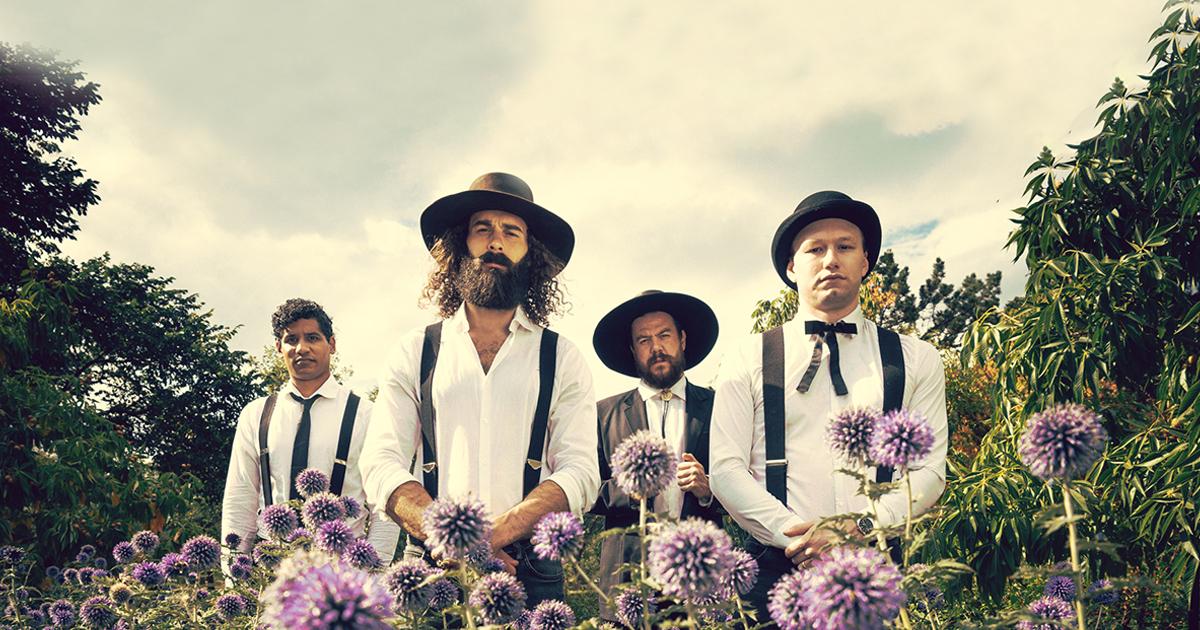 Out with new music last month are outlaw grassers The Dead South, with another single from their upcoming twin EPs, Easy Listening for Jerks Pt 1 & 2, due in early March. Check out this new single, their take on Will The Circle Be Unbroken.

The band are touring all over the world with their unlikely admixture of bluegrass music, steampunk attire, and jamgrass mentality. Hailing from Regina, Saskatchewan, the sound of The Dead South is made using cello, mandolin, banjo, and guitar. Their rowdy stage show has led to them being described as a rock band without a drummer, and a bluegrass band without a fiddler.

Happy touring news about The Dead South too! Freshly announced is their appearance at Rock Werchter this summer. These are the 2022 tourdates for The Dead South: