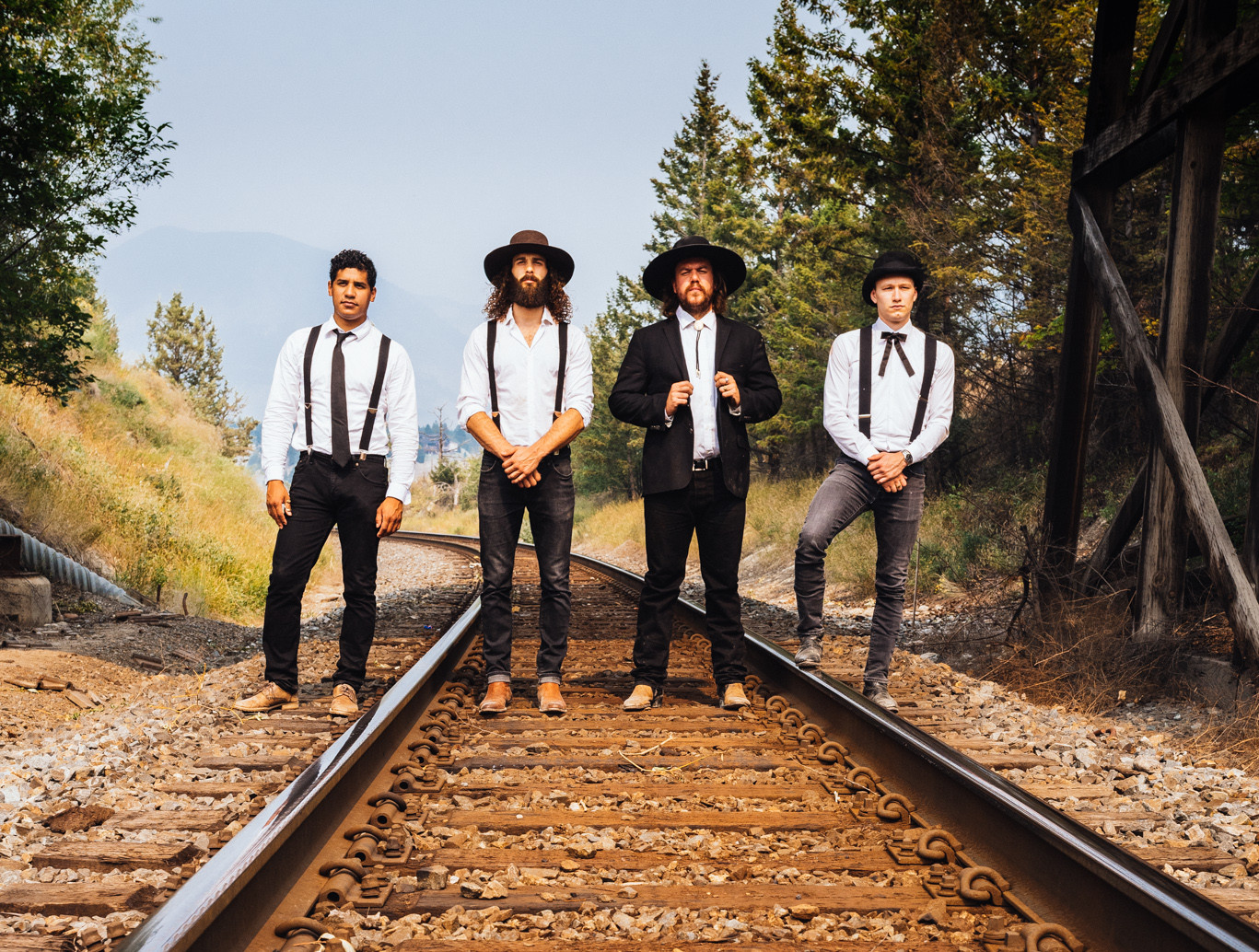 The Dead South over to play Rock Werchter this weekend

The source material for the EP two-pack sees The Dead South trace very different musical lineages: one a beloved folk songbook and the other a set of volatile modern outsider anthems. Always playing against type, The Dead South flip traditional bluegrass and hard rock conventions upside down, drawing out an ominous, lurking unease in the bright innocence of Bristol Sessions-era sound, and pulling moments of absurdity and hilarity out from the hardcore bluster.

Part I includes the Sun belt-meets-black belt take on “You Are My Sunshine,” in which The Dead South dig below the surface layer lullaby to levels of deep desperation, a mood well suited to the prospector’s baritone of Nate Hilts. In a minor key, “Keep On The Sunny Side,” changes from sweet to sinister. “Matterhorn,” a gallant adventure tale that sees four friends set off to climb a mountain, also works on the level of The Dead South’s origin story. “It’s closer here to heaven than it is back to the ground,” goes the song, now also a fitting encapsulation of the band’s feelings of anxiety and exhilaration about returning to life on the road.

Part II, inspired by the band’s own pre-show playlist, includes songs by System of a Down, The Doors, Cold War Kids and The Misfits. The Dead South dust off “People Are Strange,” shedding the lizard skin in favour of an MTV-Unplugged approach. On “Chop Suey,” not a no-brainer for an acoustic band without a drummer, the band transcends the song’s metal origins and doubles up on Scott Pringle’s vocals for a sound as big as the first. Part II also sees the vocal debut of banjoist Colton “Crawdaddy” Crawford, who offers a deadpan rendition of Ween’s “Help Me Scrape The Mucus Off My Brain.” Easy Listening for Jerks are the first releases that see all four members taking lead vocal turns.

This pickles and peanut butter recipe, filtered through The Dead South’s distinctly non-traditional approach, paints a fascinating study of the band’s influence and inspiration. Easy Listening for Jerks balances two at-odds sides of the four-piece string band: the world where they’re from, Regina, SK’s punk scene, and the world where they found their sound, the wellspring of bluegrass and acoustic music.