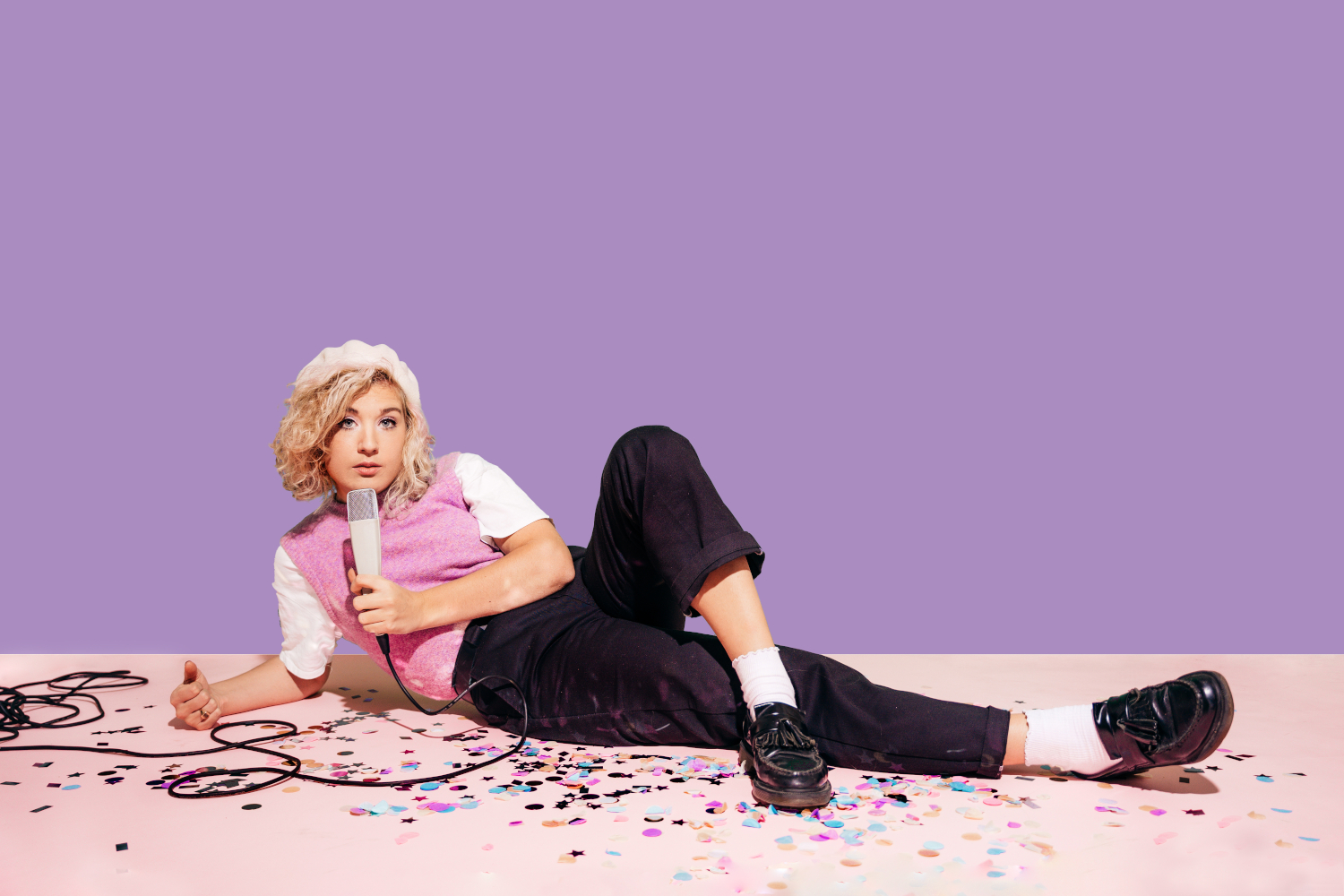 You won't believe it, but the most played music on Utrecht's indiefolk sensation Judy Blank is.. Motown. Uplifting soul with a bittersweet edge, often hidden under festive horns. Danceable, sad disco. A favorite is "Tears of a Clown", a banger by Smokey Robinson. The context of this song became the inspiration for Saddies, her new EP, which will be released in April. Because life, after all, isn't always a party.

After an unexpected mental breakdown this past summer the end of Blank's endless wild plans and big dreams seemed in sight. Nothing seemed worthwhile as her optimism melted away and gave way to the rudiments of burnout. The zest for life was hard to find and the lack of perspective turned gray every day. But help came from an unexpected source. After the first turbulent period, fragments of songs arose again. Phrases and ideas flashed by as she sat dizzy at her piano, trying not to hold back, admitting, "I'm not okay."

It turned out to be free therapy. Slowly she collected a pile of new songs with dark themes: mental pressure, anxiety, FOMO. She produced it herself, under the watchful eye of producer Roy van Rosendaal (Figgie, Le Motat, Nonchelange) in his studio, which ironically is located in a former mental health institution. Despite the loaded themes, the shiny folk tunes do not sound heavy, but playful, light and dreamy. Recognizable troubles are sung with a good dose of self-mockery. And with success: the sarcastic first single, Karaoke, exploded on Dutch radio while she was in Mexico herself. The rest will be released this spring, on a pastel colored cassette tape.

“Life is far from perfect. The world is not always easy to understand. It's okay to be sad sometimes. I think I'm almost there, although I don't always believe it myself."

Saddies, inspired by crybabies like Nick Drake, Christian Lee Hutson and Julia Jacklin will be released on April 22nd via V2 Records.

For the sad shows Blank will be accompanied by a brand new band: a couple of well-dressed guys who are not averse to a bit of dirty sixties rock. So don't just cry. Hits such as Mary Jane and Tangled Up In You from the breakthrough album Morning Sun, recorded in America, are also reviewed, but in a new jacket. Prepare yourself for a tasteful collection of quirky synthesizers, drum machines, clattering electric guitars and classy harmonies that will blow your mind.