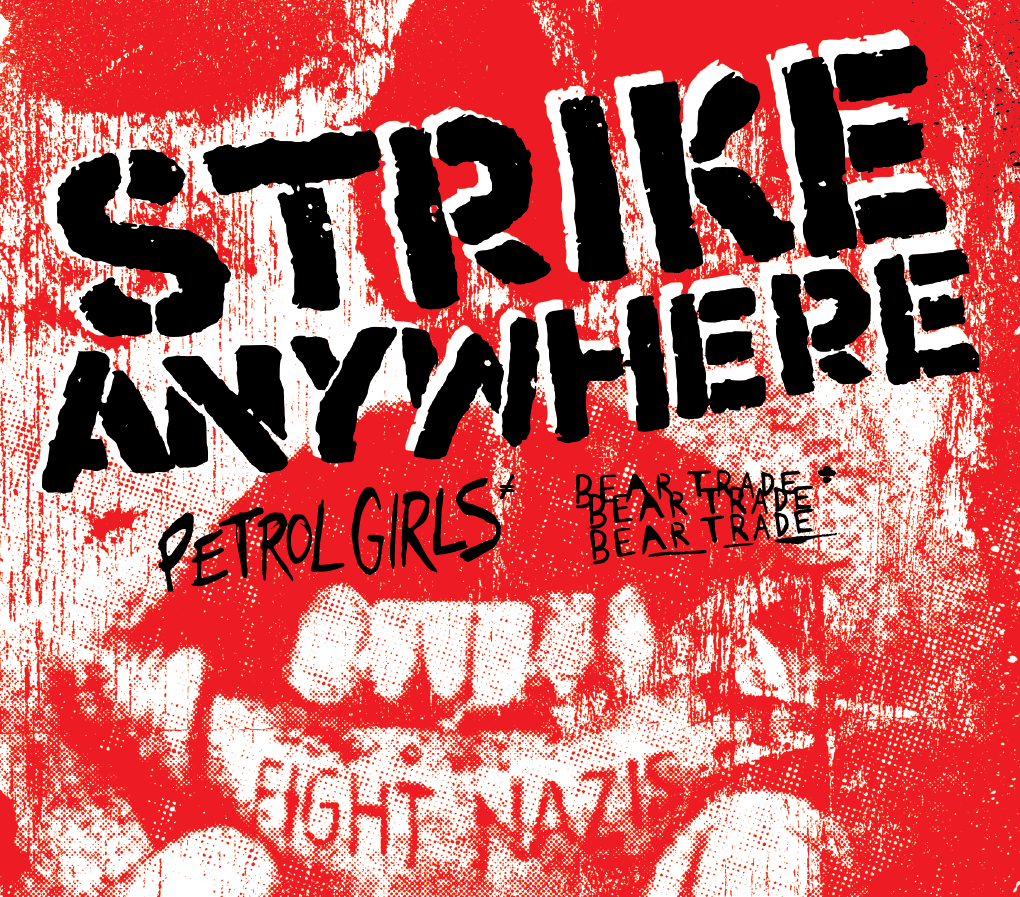 The Village Coffee & Music present another evening of some fine punkrock bands on April 25th in Utrecht’s EKKO: Strike Anywhere, Petrol Girls & Smash The Statues. It's ONE LOUDER!

Strike Anywhere is more than a band; Strike Anywhere is a movement, a sound and a force. The band's incredibly solid career has spanned ten years across the globe, releasing four critically acclaimed albums while remaining a staple in the underground music scene since their inception.

Petrol Girls are a feminist post-hardcore punk band, originally formed inLondon, with members from Austria, Lithuania and the UK. Rooted in a DIY music community that has always combined politics with punk rock, Petrol Girls are part of a counter culture challenging mainstream values like nationalism and the gender binary, and the oppressions that these ideals promote.

Find the FB event here, and the ticketlink here.