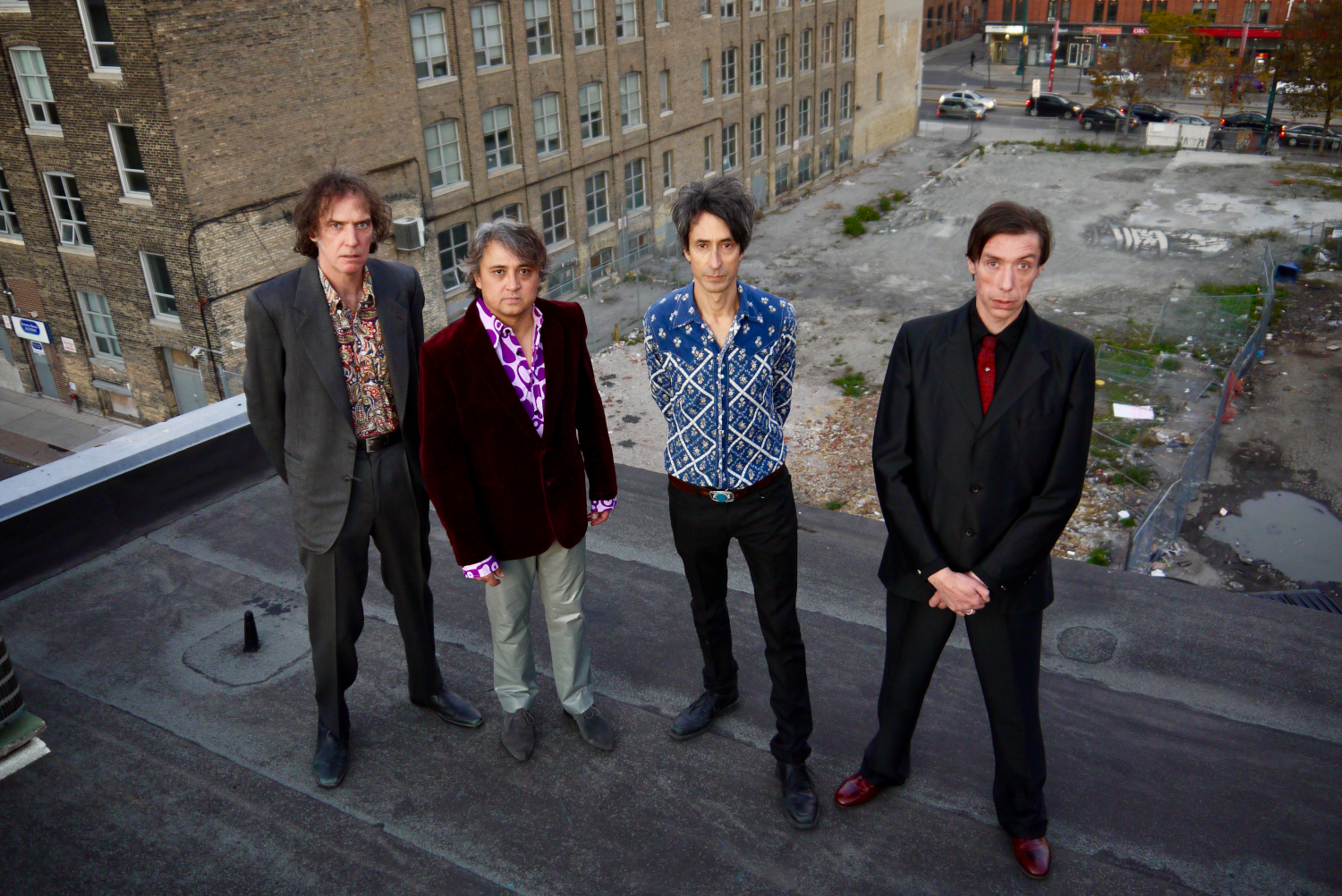 In July The Sadies will release "Colder Streams", their’ long-awaited and highly anticipated 11th studio album produced by Arcade Fire’s Richard Reed Parry. Watch and share the lyric video for “Cut Up High and Dry,” the third single from the forthcoming album, out today.

Recorded between 2019 and 2021 at Skybarn in Montreal, Canada, Colder Streams features 11 original compositions. With guest appearances by Jon Spencer (“No One’s Listening”), Michael Dubue (“End Credits”), Richard Reed Parry (“Message for Belial,” “No One’s Listening” and “Ginger Moon”), and the parents Good, Margaret on backing vocals for “So Far for So Few” and “All the Good,” with Bruce on autoharp on the latter, the cover art is original artwork by The Sadies’ bassist Sean Dean.

The release of Colder Streams will mark the quartet's final studio recording with founding member Dallas Good, who unexpectedly passed away in February. In preparation for the release, in October of 2021, Dallas penned what he coined the band’s “anti-bio” and seemingly said all there is to say about the new album, first noting, “Colder Streams is, by far, the best record that has ever been made by anyone. Ever.”

“The Sadies' world has been shaken,” said the band in a joint statement. “While we struggle with the loss of Dallas - our brother, friend, and bandmate - music has been our source of comfort and coping. We are honoured to announce the release of our new album, Colder Streams.  We are so proud of Dallas and the work that went into this album and look forward to sharing it with you.”

“I was utterly thrilled the Sadies asked me to produce this record,” said Richard Reed Parry, “which mostly meant I just hung around listening to the greatest live band in the country playing their asses off, and then occasionally I’d get off the couch and sing backing vocals. That said, this is The Sadies’ finest album, the one I always hoped they’d make one day and I’m stoked to have been there helping them do it. What an incredible band. “

With a deep fondness and reverence for the best of CBGB—country, bluegrass, and blues—The Sadies are equally informed and influenced by everything from ‘60s garage and psychedelic rock to surf instrumentals and punk rock. Since they first arrived on the North American scene 28 years ago, the Toronto-based roots-rockers have developed, even perfected, a style of music uniquely their own.

In support of the album, the band–Travis Good, Sean Dean, and Mike Belitsky–will continue touring and come to Europe twice in 2022:

Related artist: The Sadies back