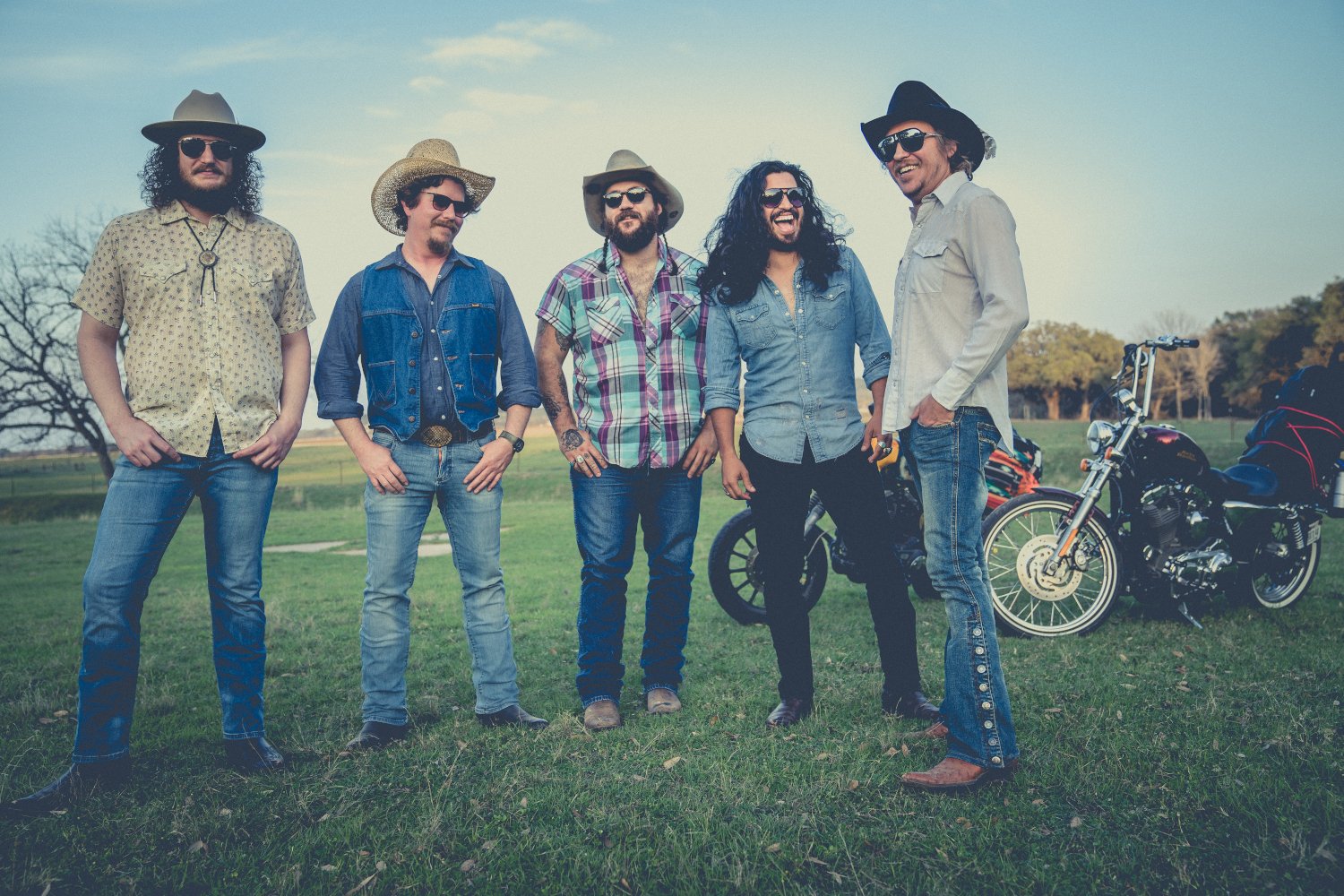 After recording the unfinished songs of the late, great Gary Stewart on last summer’s Touch of You – The Lost Songs of Gary Stewart, Mike and the Moonpies return with a new original album: "One to Grow On". Set for release on August 10th, it features guest appearances by Shooter Jennings and Quaker City Nighy Hawks.

Their first single “Paycheck to Paycheck” came out last week. This is a hard-charging blast of Texas boogie and barroom country that calls to mind the outlaw singer alluded to in the title: Johnny Paycheck.

“Paycheck’s in the tape deck and blaring on the radio,” singer Mike Harmeier howls, as the Lone Star State band roars behind him. “Tell the IRS to shove it and give me eleven twenty-nine,” a nod to Paycheck’s 1976 prison ballad “11 Months and 29 Days.” Harmeier wrote the group’s new song — destined to result in many a speeding ticket — with Moonpies bassist Omar Oyoque and the group’s longtime producer Adam Odor.

With their new album ‘One to Grow On’ Mike and the Moonpies will make it over to Europe in April 2022: