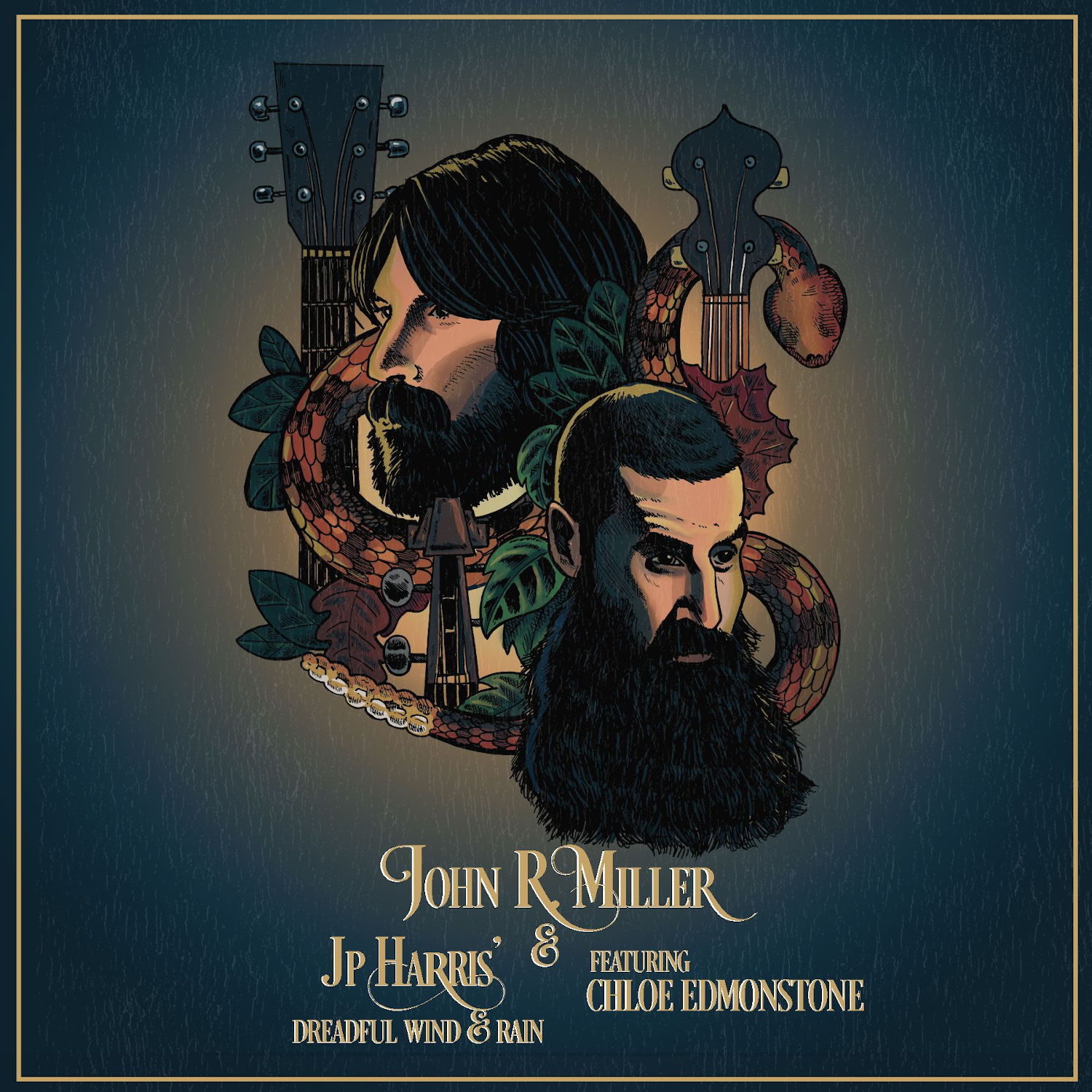 Around Nashville, JP Harris is either known as one of the best carpenters, building recording studios or meticulously restoring historic homes, or as one of the best no- bullshit old-school country singers. But anywhere else he’s known as Squash (a childhood family nickname that never wore off), a quasi-mythical bearded figure known for rolling through underground picking circles, fiddler competitions, and stringband contests with his powerful banjo playing on handmade instruments.

With Don’t You Marry No Railroad Man, his debut recording of traditional music under the moniker JP Harris’ Dreadful Wind & Rain, his alter ego is coming out of the shadows to celebrate this arcane and truly American musical repertoire. Together with long time friend and ace fiddler Chance McCoy (formerly of Old Crow Medicine Show), the duo feature ten tracks spanning the breadth of American old-time repertoire. On this sparse and arresting recording, Harris isn’t mining his roots as a marketing pitch, he has the chops to back it up. The album was made at McCoy’s homestead in the remote mountains of Monroe County, West Virginia, in a hundred-year-old sharecropper’s shack.

Though in many ways at odds with his Alabama roots, his travels into rural parts of the country left him desiring a better understanding of what he’d left behind, to search for the whole story of American music and culture. He would later learn, after a trip home to Alabama with his first handmade banjo, that there were strong old-time music roots on both sides of his family: his paternal great-grandfather Warren Harris had moonlighted as a stringband trio guitarist on Ohio radio stations, and his maternal great-great- grandfather Elihue Waters was a championship fiddler in Tallapoosa County, AL.

Up in the mountains with Chance, JP found himself murkily recalling his favorite Appalachian songs and tunes, melodies he’d danced to or drank to or partied to over the years, but also melodies that seemed out of touch with time. He played detuned banjos built by his own hand, and slowed the music down from its square dance roots to draw out the stories in the songs. These are songs of murder, of devils come to tempt, of adoration and love lost, some dating as far back as the 17th century, and learned either through oral tradition or tattered antique songbooks. 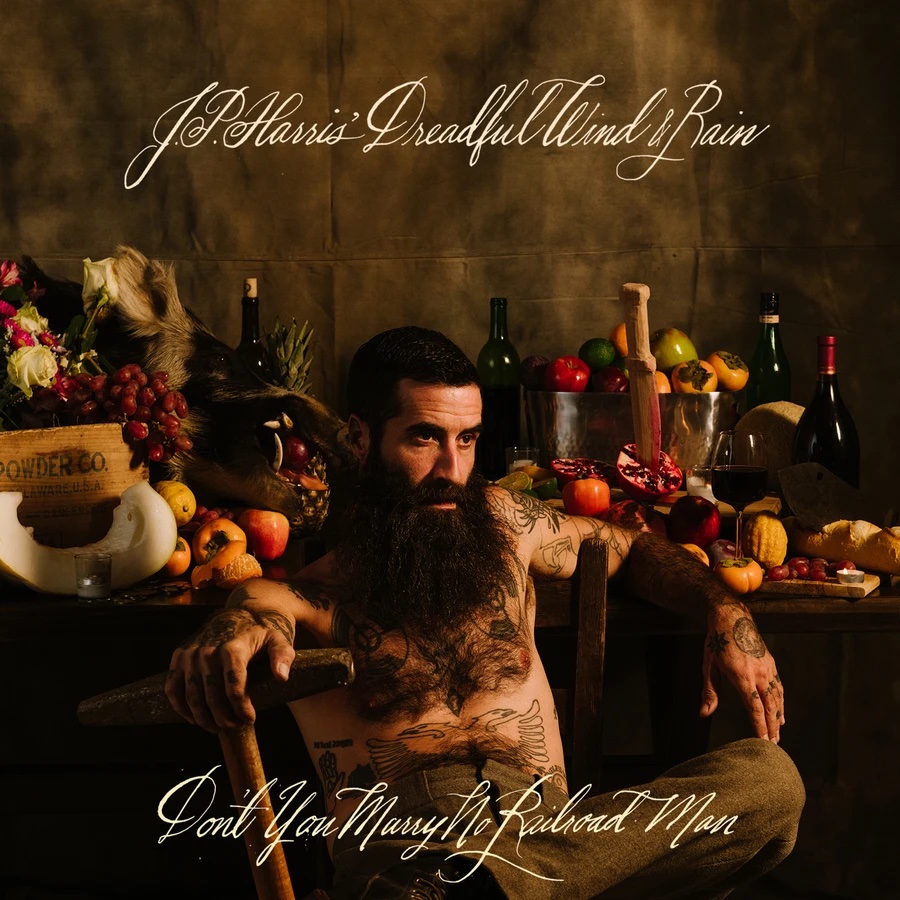 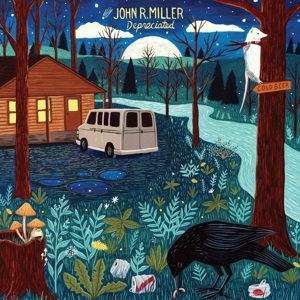 John R. Miller is a true hyphenate artist: singer-songwriter-picker. Every song on his thrilling upcoming debut solo album, Depreciated, is lush with intricate wordplay and haunting imagery, as well as being backed by a band that is on fire.  One of his biggest long-time fans is roots music favorite Tyler Childers, who says he’s “a well-travelled wordsmith mapping out the world he’s seen, three chords at a time.” Miller is somehow able to transport us to a shadowy honkytonk and get existential all in the same line with his tightly written compositions. Miller’s own guitar-playing is on fine display here along with vocals that evoke the white-waters of the Potomac River rumbling below the high ridges of his native Shenandoah Valley.

Miller grew up in the Eastern Panhandle of West Virginia near the Potomac River.  “There are three or four little towns I know well that make up the region,” he says, name-checking places like Martinsburg, Shepherdstown, Hedgesville, and Keyes Gap.  “It’s a haunted place.  In some ways it’s frozen in time. So much old stuff has lingered there, and its history is still very present.” As much as Miller loves where he’s from, he’s always had a complicated relationship with home and never could figure out what to do with himself there. “I just wanted to make music, and there’s no real infrastructure for that there.  We had to travel to play regularly and as teenagers, most of our gigs were spent playing in old church halls or Ruritan Clubs.”  He was raised “kinda sorta Catholic” and although he gave up on that as a teenager, he says “it follows me everywhere, still.”

His family was not musical—his father worked odd jobs and was a paramedic before Miller was born, while his mother was a nurse—but he was drawn to music at an early age, which was essential to him since he says school was “an exercise in patience” for him. “Music was the first thing to turn my brain on. I’d sit by the stereo for hours with a blank audio cassette waiting to record songs I liked,” he says. “I was into a lot of whatever was on the radio until I was in middle school and started finding out about punk music, which is what I gravitated toward and tried to play through high school.” Not long after a short and aimless attempt at college, I was introduced to old time and traditional fiddle music, particularly around West Virginia, and my whole musical world started to open up.” Around the same time he discovered John Prine and says the music of Steve Earle sent him “down a rabbit hole”. From there he found the 1970s Texas gods like Guy Clark, Townes Van Zandt, Jerry Jeff Walker, Billy Joe Shaver, and Blaze Foley, the swamp pop of Bobby Charles, and the Tulsa Sound of J.J. Cale, who is probably his biggest influence.

As much as the music buoyed him, it also took its toll. “I always prioritized being a touring musician above everything, and my attempts at relationships suffered for it,” he says.  Miller was also often fighting depression and watching many of his friends “go off the rails on occasion.”  He says that for a long period he did a lot of self-medicating. “I used to go about it by drinking vodka from morning to night for months on end,” he says. “I shouldn’t have made it this far. I’m lucky, I think.”  Ultimately, the music won out and Depreciated is the hard-won result of years of self-education provided by life experiences that included arrests, a drunken knife-throwing incident, relationships both lost and long-term, and learning from the best of the singer-songwriters by listening.

In February/March/April, JP Harris and John R. Miller are joining the road together across Europe/UK: