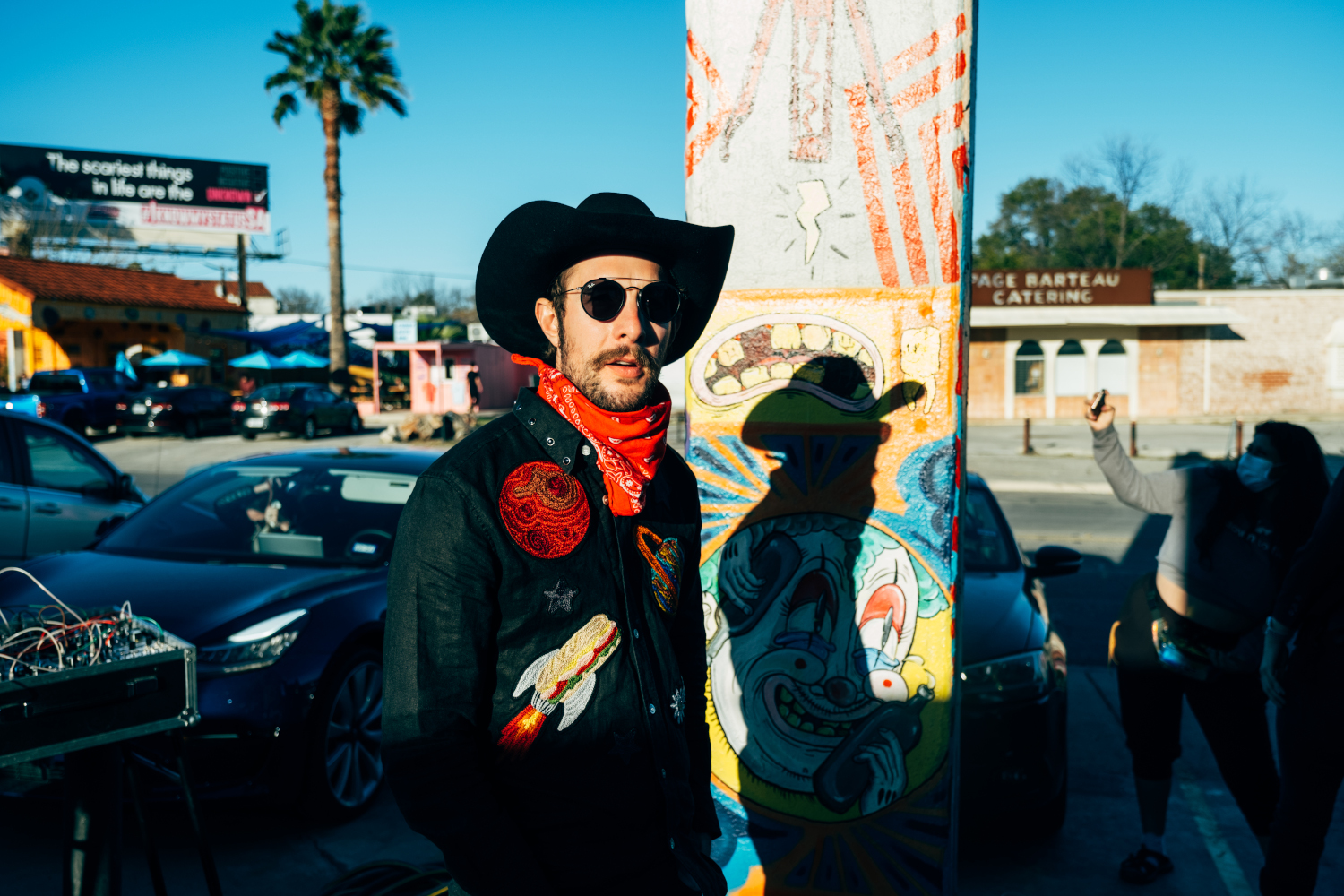 Garrett T. Capps is the city of San Antonio’s resident cosmic country gonzo honky tonk weirdo freak, and if you’re looking to unwind from all the bullshit of, well, pretty much everything these days, cue this thing up and you’ll immediately be letting loose and losing your long face. Take a vintage 70’s Austin attitude, and add a healthy dash of authentic Texican culture, and I Love San Antone is like the perfect plate of enchiladas. Garrett T. Capps has been a big booster for independent country music in San Antonio for years now, booking and promoting shows, bringing artists down from Austin, opening for national names as they roll through town, and cheerfully meeting the challenge of making the Alamo City into a musical destination as opposed to just ceding everything to Austin like so many in the region do.

But the man in the glasses has never really put his adulation for San Antone in song quite like this. This album is like a love letter to country music in the city. It’s okay if you really have no thoughts or opinions on San Antonio or its music, Garrett T. Capps is here to sell you on the virtues of both, not just by proudly representing it with his own efforts, but in multiple instances on this record he gives you a downright history lesson. Oh but don’t worry, don’t expect some dry recitation of San Antonio’s resume points. From the starting gun, Garrett comes out swinging with the rambunctious and spirited “I Like Austin, But I love San Antone,” spelling it all out for you, boldly professing San Antonio isn’t just equipped to compete with Austin and that city’s rapid-declining music culture, it’s a measure better.

With "I Love San Antone", Garrett T. Capps looks to instill that sense of local pride back into country music with a passion that you can’t help but root for, regardless of what you think about San Antonio. Garrett T. Capps is one of the closest things we have these days to peak era Doug Sahm, or Gonzo era Jerry Jeff Walker. Marching to the beat of his own drum, a little wild and offbeat, his love for San Antonio is the love we all have for where we’re from or where we ended up. It’s that sense of “home” that’s at the heart of all great country music.