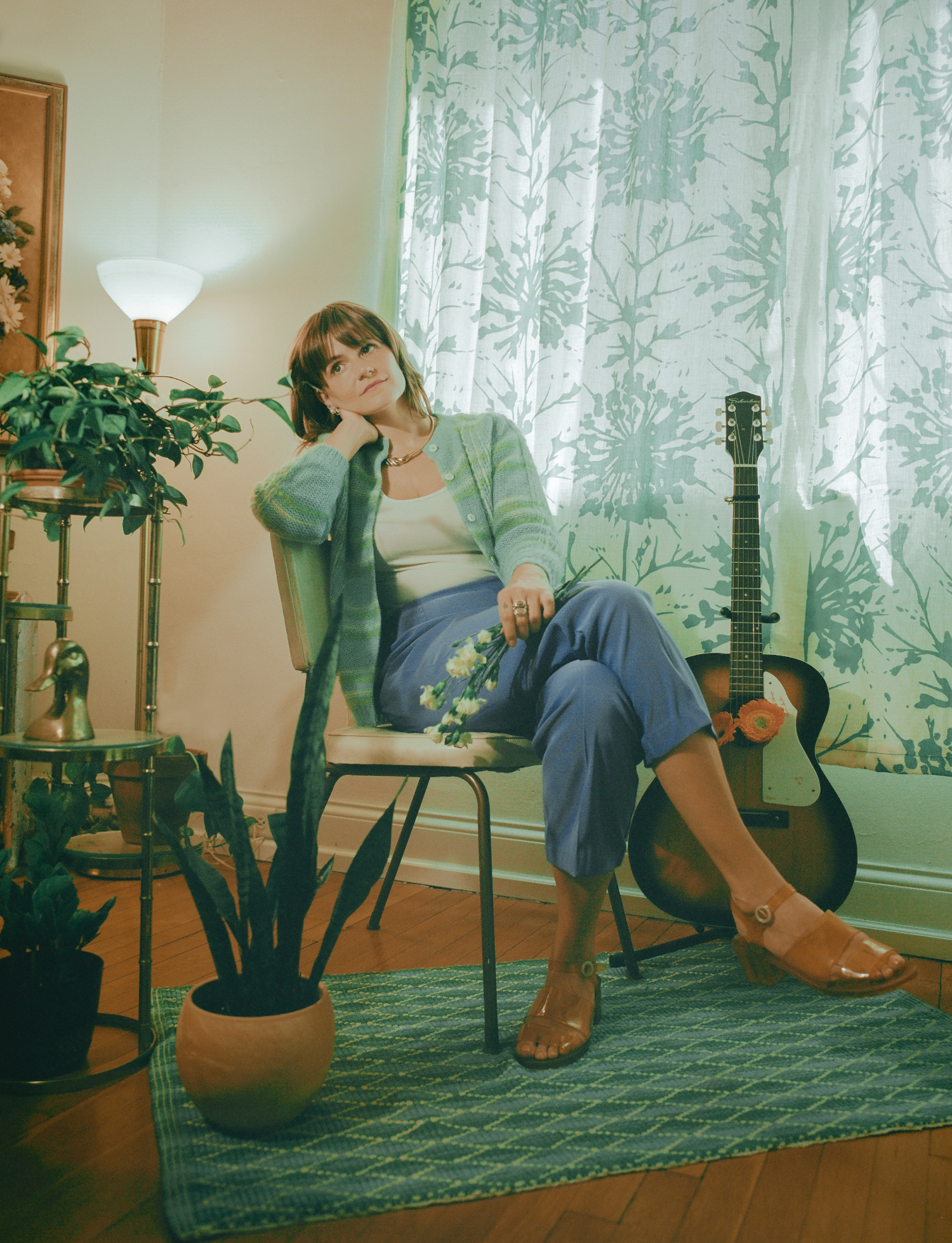 Three years after the release of her critically acclaimed debut, Putting On Airs, Nashville-raised singer-songwriter Erin Rae shares an intimate, honest, and playful version of herself through her sophomore album Lighten Up. Produced by Jonathan Wilson, and recorded in the musically hallowed grounds of California’s Topanga Canyon, the album represents a sonic and inner shift for Rae. In it, she embraces more of her influences, like baroque-pop, cosmic country, and indie-folk songs while mirroring a more compassionate self-view she calls “accepting my humanness”.

Although she grew up in a musically oriented family, Rae’s pursuit of music happened by accident. After being gifted a Martin acoustic guitar on her 18th birthday, Rae decided to drop out of college after just one semester. Her goal at the time had little to do with making music into a career, and everything to do with spending more time and energy with the community of musicians and writers she knew back home. Looking back on those days, she recalls the initial high of playing live at an open mic during winter break and realizing, “this is how I connect with people. I have to pursue this.”

Rae has continued to connect with people through her music ever since, performing at mainstays like Newport Folk Festival, Red Rocks Amphitheater, and sharing stages with Father John Misty, Hiss Golden Messenger, Jenny Lewis, Jason Isbell, and Iron & Wine. The success of Putting On Airs also earned her a nomination for Emerging Act of The Year at the 2019 Americana Music Awards alongside other trailblazing artists like Yola, Jade Bird, and J.S. Ondara. When the Covid-19 pandemic called a halt to touring, Rae took advantage of the opportunity to revel in a wide range of musical influences she had absorbed since the making of Putting On Airs, sitting in an un-rushed space while deciding which direction she wanted to take her music next.

With Lighten Up, Rae hopes to give listeners the opportunity to borrow what she’s learned, that there can be a lightness when things feel heavy and that even our darkest corners can allow us to shine. “I hope this record encourages people to be a little softer towards themselves.” Rae shares. “If [Lighten Up] gives people listening the space to feel more tender towards themselves and move in the world from that place, that would be the dream for me.”

It's with great joy we can announce Erin Rae will join Watchhouse on their January Europe tour: