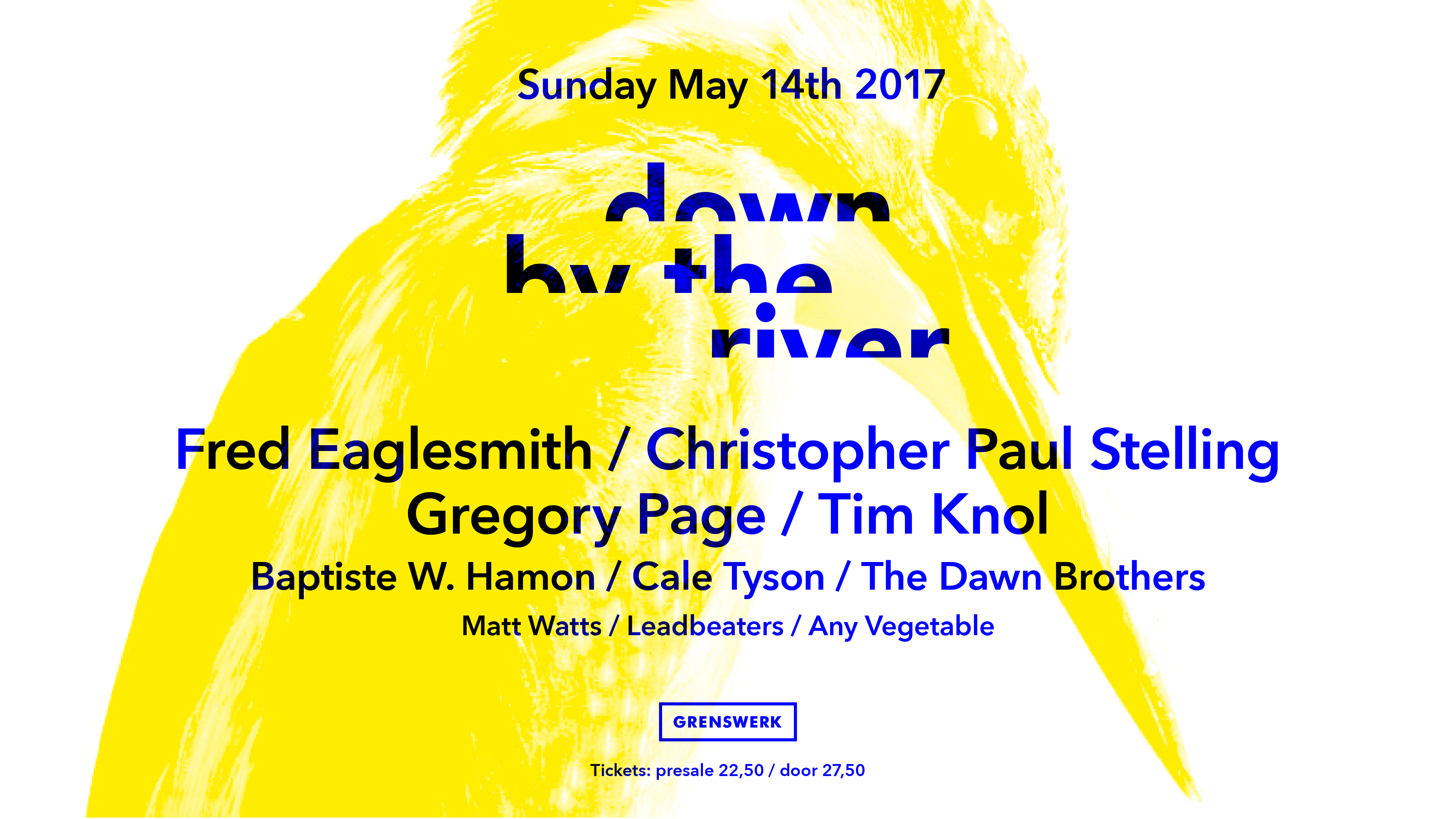 Down By The River finalizes line-up

With the addition of Fred Eaglesmith, Tim Knol, Matt Watts, Leadbeaters and Any Vegetable the line-up for Down By The River is complete. The third edition of this roots- and Americana festival in Poppodium Grenswerk will take place on Sunday May 14th. New on this years edition is the addition of the Joriskerk as new venue. Christopher Paul Stelling and Tim Knol will play this church.

The Joriskerk is a very pretty Protestant church in the centre of Venlo, only 150 meters away from the main venue Poppodium Grenswerk. It will be the first time Down By The River is able to use this place within the festival although the place isn't new to Down By The River frequent visitors. The location has been used for gigs with Sam Outlaw and Mandolin Orange.

New added names to the line-up:

Fred Eaglesmith
Fred Eaglesmith sings about the country life, tractors, dogs, weapons, booze, the hard life of a farmer and love failures. His debut is already from 1980 and his latest album, his 19th, "Standard" has been released earlier this year. Fred who's beside a musician also a comedian loves being in the Netherlands, country of his granddad.

Tim Knol
Tim Knol is back. After a pauze in which he was working on several side projects such as garage band the Miseries, his label Tender Records and being part time brewer, he's returning playing on his own name again. His new record has been recorded and will be out this summer. Tim Knol will come to Down By The River to play solo in de Joriskerk.

Matt Watts
Matt Watts (1987) grew up in Philadelphia and started recording songs since he was 15 years old. He did this on the banks of the Missouri-river in Montana and toured the USA by than. On this 19th he left for Europe, settled in Antwerp and kept writing songs.  His new album 'How Different It Was When You Were There' was released in February through Starman Records.

Leadbeaters
Leadbeters are three hard working musicians from Amsterdam that played various stages before. The main part of the band comes out of the ashes of the Pedro Delgados, a notorious streetgrass band. Leadbeaters aren't far away from them: three men around a vintage microphone that play banjo, guitar and upright bass. Expect a mix of American traditionals, old time country, blues, bluegrass folk and even gospel.

Any Vegetable
This sixtet from Nijmegen with locally known Bear Traa released their debut "VEG OUT" last year and from them you can expect rootsy blues with jazz, country and even funk influences.